The Convention applies to all ships. Every ship of 500 GT or more that is engaged in international voyages or operates from a port or between two ports of another Member State must be certificated in accordance with MLC 2006. Class ARS has already undertaken inspections and issue MLC 2006 certificates as Recognised Organization acting on behalf of Flag Authorities. MLC 2006 Certificate must be attached by a Declaration of Maritime Labour Compliance (DMLC). DMLC Part I is issued from the Administration. DMLC Part II is verified and endorsed from HRS on behalf of Flag Authorities.

The ships which are not obliged to be certified, must on the other hand implement MLC 2006 and  be in a position to prove proper implementation. Administrations must verify compliance for all the same requirements as a certified ship. The shipowners of these ships are encouraged to either proceed to voluntary certification or apply to Class ARS for a Maritime Labour Compliance Statement issuance.

MLC 2006 (The Regulations and the Code) is organized into general areas under five Titles:

Each Title contains groups of provisions related to a particular right or principle (or enforcement measure in Title 5), with connected numbering. The first group in Title 1, for example, consists of Regulation 1.1, Standard A1.1 and Guideline B1.1, related to minimum age.
The Convention has three underlying purposes:
(a) to lay down, in its Articles and Regulations, a firm set of rights and principles;
(b) to allow, through the Code, a considerable degree of flexibility in the way Members implement those rights and principles; and
(c)  to ensure, through Title 5, that the rights and principles are properly complied with and enforced.

This Convention revises a large number of ILO Conventions

The working and living conditions of seafarers that must be inspected and approved by the flag State before certifying a ship in accordance with Standard A5.1.3,paragraph 1 of the MLC Code: 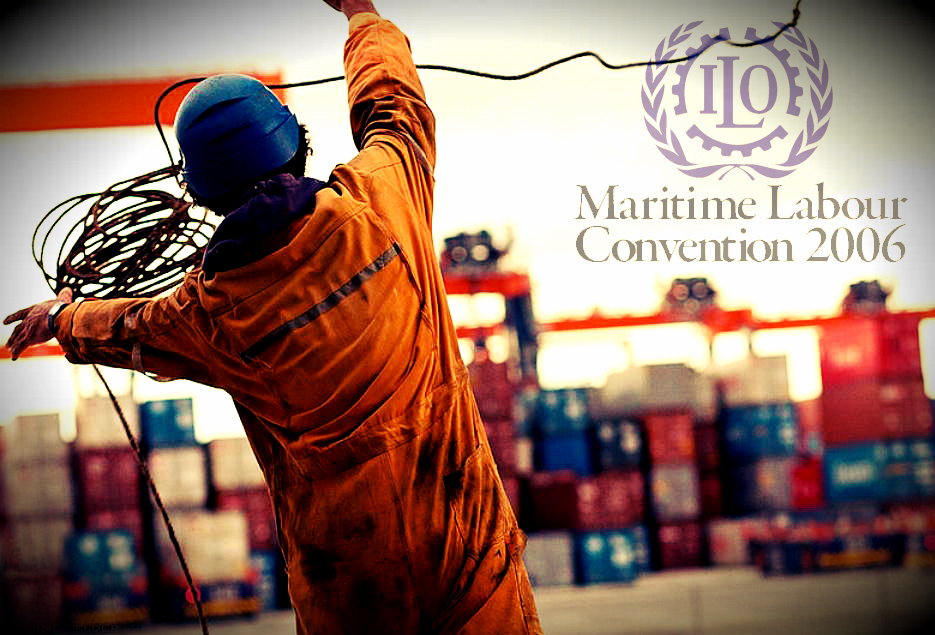 Download Amendments of 2014 to the Maritime Labour Convention 2006 here.